How to Remove a Bath Plug? 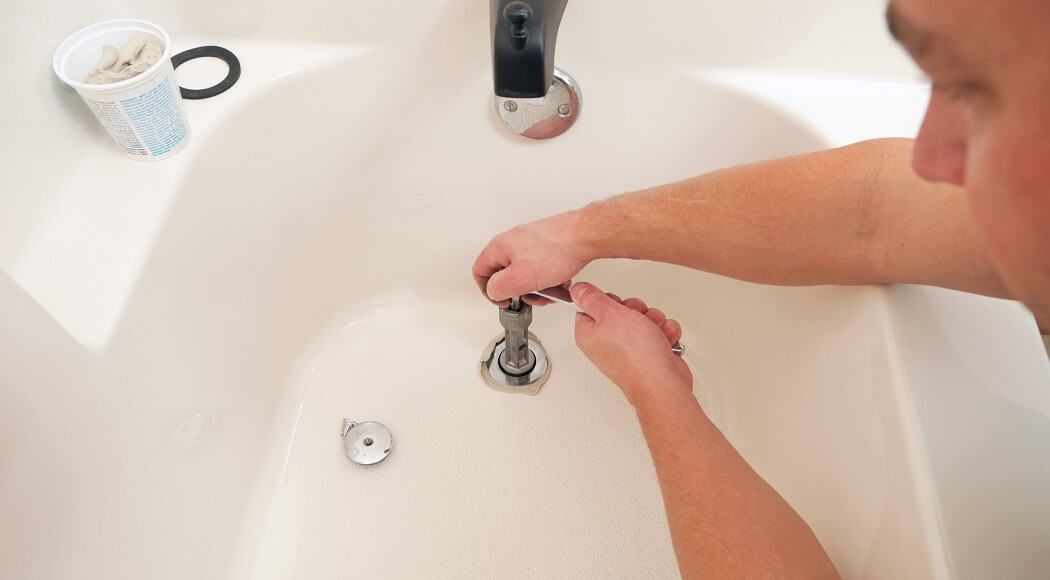 Despite its small size compared to the rest of your bathroom, a malfunctioning tub stopper may give you no end to trouble. However, if you need guidance on repairing or replacing your bathtub’s drain stopper. You have found the proper size or how to remove a bath plug. It is all part of this to figure out what kind of stopper you have, how to get rid of it and give you some pointers to make sure it’s easy.

How to Remove a Bath Plug?

Drain stoppers may be lifted and turned, pushed and pulled, touched with the toe, flipped, tripped, or popped up.

While many models share a similar removal technique, you must familiarize yourself with the steps for the model currently placed in your tub or sink to prevent any damage to the drain stopper or the pipes.

1. To Take Off a Lift-and-Turn Drain Plug

A little threaded knob on top of a drain stopper indicates a lift-and-turn design. A drain stopper of this design is analogous to the more common push-and-pull stopper. Except that the knob on the latter must remain stationary for the stopper to be pushed down or pulled up.

2. To Taking Off a Push-and-Pull Drain Plug

In addition, the push-and-pull function of drain stoppers makes them plain to see. To shut the drain, press the plug down and lift the knob.

Toe-touch drain stoppers have an internal drain assembly and an operable toe-touch mechanism activated by depressing the drain stopper with a toe. The drain may be closed with one push and opened in a second. These drain stoppers are often smooth on top or have the word “push” etched on a flat lid in a circular pattern.

4. To Take Off a Flip-It Drain Plug

To adjust the gasket size that seals the drain, the flip lever on a flip-it drain stopper may be flipped open or closed.

The gasket is compressed to let water drain into the drain while the flip lever is open; to prevent water from escaping. The gasket is expanded when the lever is closed, filling the drain and sealing the tub or sink. These stoppers are easily removed since they are only held in place by an O-ring located within the drain at the device’s base.

5. To Take a Trip-Lever Drain Plug

There are sure drain stoppers that do not have an easy-to-remove component. Such as flip-it stoppers; the trip-lever drain stopper is an example of one of these stoppers. The drain stopper lever on these sinks is on the overflow front plate.

This lever controls the plunger on a rod extending into the overflow pipe. The plunger may be moved up or down by either tripping the lever or, in some instances, turning the lever.

Water may enter the drainage system while the plunger is up, but it can’t leave the pipe because of the seal it produces when it’s down. The intricate construction of these drain stoppers makes them prone to being clogged, and it may be difficult to remove and replace them.

6. Taking Off a Push-Down Drain Plug

It’s not tricky how to remove a bath plug Like a trip-lever stopper. A pop-up stopper is made up of a complex assembly inserted via the overflow pipe. Overflow faceplate levers on these drain stoppers are attached to a rod assembly that extends vertically down the drain.

On the other hand, the rod assembly is not linked to a plunger; instead, it is attached to a spring perched on top of a horizontally rocker arm. The rocker arm is installed in a sink or bathtub drain pipe and operates a pop-up drain stopper.

The plug is released when the valve is in its open position. Which compresses the spring and causes it to press downwards on the rocker’s arm. When the rocker’s arm is up-turned, closed state, the spring is released, and the stopper is drawn down and sealed off from the drain. Because of the intricate rocker arm and rod arrangement, pop-up drain stoppers often get jammed.

FAQs on How to Remove a Bath Plug

How do you Remove a Bathtub Plug without the Tool?

Locking needle-nose pliers are the next best thing if you don’t have a plug wrench. Pliers tiny enough to fit through the drain’s cross are required. After tightening the drain with the locking pliers, you may release it with a regular set of pliers by turning the locking pliers.

How do you Remove a Push Up Plug?

Make sure the stopper is open before attempting to remove it. The cap may be unfastened by turning it in a counterclockwise direction. The silver button on top says “push.” In its central hollow, you’ll find a slotted screw. To unscrew the stopper, take out the screw with a flat-head screwdriver.

How do I Remove a Lift and Turn Bathtub Plug?

If you leave the stopper open, you may hold its body in place with one hand. Then, gradually rotate the knob anti-clockwise to locate the screw. You may unscrew the strainer stopper by turning it counterclockwise if there isn’t an obvious release mechanism.

How do I Get my Bathroom Sink Plug Out?

If you think about how to remove a bathroom sink plug? Then here is the solution to your problem. Under the sink, you’ll find a pivot rod arm attached to the drain pipe; detach this arm to free the stopper. To disassemble the component, you might use pliers or a wrench. But first, remove the arm and the spherical plug it’s connected to. After that, go back to the sink and pull the plug.

How do you Remove the Pop Up Plug in a Bathroom Sink?

Under the sink, you’ll find a pivot rod arm attached to the drain pipe; detach this arm to free the stopper. A pair of pliers or a wrench might be handy here to help you twist the arm off. But first, remove the arm and the spherical plug it’s connected to. After that, go back to the sink and remove the plug.

How to Remove Bath Drain Plug?

If you crank the knob counterclockwise while holding the core of the plug in place, you should be able to remove it. If the knob is stubborn and won’t unscrew, try wrapping it in a cloth and unscrewing it with pliers.

Can you take a Bath after Losing Mucus Plug?

The amniotic sac protects against infection until it ruptures, so you may continue sexual activity and take baths after your mucus plug has been released.

How to Remove a Radiator Drain Plug?

The standard procedure involves unscrewing the plug using a wrench or, if it isn’t square, a vise-grip, turning it counterclockwise to remove it, cleaning the threads, using pipe dope or teflon tape, and finally screwing on the air bleeder valve.

How to Replace a Bathroom Sink Plug?

How to Remove a Bath Plug: Conclusion

There are a few different ways to remove a bath plug, but the most common method is using a plunger. If you do not have a plunger, you can use boiling water, vinegar, and baking soda to loosen the plug. Once the plug is removed, clean it before reinstalling it.