How Much Water Does A Bathtub Hold? 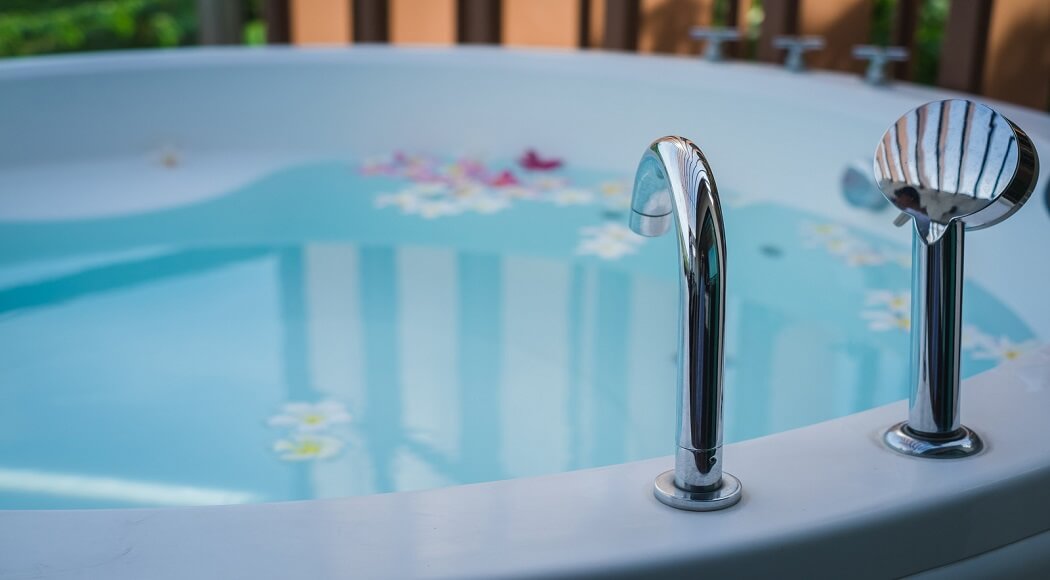 The capacity of your bathtub is something you should be aware of if you are wondering how much water does a bathtub hold. For example, you could search for a new bathtub and want to know exactly how much it weighs before deciding where to put it in the house to be sure the floor can support its weight.

The weight can be calculated when the volume of water it can contain has been determined. The amount of water that can be contained in a bathtub varies from model to model. In addition, they vary in size and form, with some being much bigger than others.

How Much Water Does A Bathtub Hold

This is a list of the most common kinds of bathtubs available today. Three walls typically enclose them, and their size is determined by the room’s overall proportions and design. One may be as small as 54 inches in length and 30 inches in width. Although they are seldom seen outside micro- and tiny-sized dwellings.

Alcove tubs typically measure 60 inches in length, 32 inches in width, and 18 inches in depth. You may wonder how many liters of water are included in such a bath. Even though most bathtubs can hold up to 180 liters of water, most people fill them only some of the way. Since most people only fill it up halfway, the approximate volume required is 100 liters. About the same as taking a shower for ten to fifteen minutes.

These freestanding tubs may be broader than alcove tubs, but they hold less water. About 100 liters of water is needed for a standard bath. If your hot water temperature is about 60 degrees Celsius, you will need about 70 liters of hot water and 30 liters of cold water for a comfortable experience.

Factors About the Size and Safety of Bathtubs

How Hygienic are They?

Many people are curious not just about how much water a bathtub can contain but also whether or if they become cleaner after soaking in one. To a large extent, it is determined by how often the tub is scrubbed clean. However, even if this is the case, you still need to rinse off after a bath to get the same level of cleanliness as a shower.

Is it Safe for the Ecosystem?

Taking a bath instead of a shower will use more water than a typical shower if your showers seldom exceed 20 minutes in length. You should soak in the tub for a while and then rinse off if you take lengthy showers.

How can I Keep My Bathtub in Excellent Shape?

One of the most crucial parts of keeping a tub in good condition is cleaning it regularly. Since mildew may eat away at coatings, this will keep them in good shape. If the outside of the bathtub is scratched and worn down from repeated usage, reglazing it may be a good idea. Its new expected lifespan is between three and five years.

What is the Importance of Bathtub Water Capacity?

The average homeowner probably doesn’t care much about how much does a bathtub hold or how much water does a bathtub use. Nevertheless, it should be standard equipment for each new or remodeled bathroom.

When fully loaded, a bathtub may exert significant force on the subfloor. When filled to complete, the typical 100-gallon bathtub will weigh around 700 pounds, not including you or the tub itself.

The fact that environmental considerations are taken into account further emphasizes the significance of the information. For example, more water is used while having a bath than when taking a shower, which might harm underlying aquifers.

People are becoming more aware of the environmental impact of taking long baths. To make ends meet, many people are opting to have a smaller bathtub installed in their bathrooms.

People who share their values and ideals may be curious about the capacity of a standard bathtub and how much water does a bathtub hold.

FAQs on How much Water does a Bathtub Hold

How many Gallons of Water does a Bathtub Hold?

Standard bathtubs have a capacity of 42 gallons when total to their maximum level (just below the overflows), but a portion of that water will be lost when you climb into the tub.

How many Gallons does a 2 Person Bathtub Hold?

A typical bathtub may contain up to 80 gallons (302 liters) of water, making it enough for two people to relax comfortably.

How many Liters is a standard Bathtub?

Although they can hold up to 180 liters at once, most individuals don’t fill their tubs to the maximum and it is important to know how much water does a standard bathtub hold to use your bath tub in a appropriate way.

Can a Bathtub Hold 50 Gallons of Water?

Up to fifty gallons of water may often be accommodated in a walk-in bathtub of the usual size. However, the time required to fill the tub will vary based on your water temperature and volume preference.

How many Gallons does a Whirlpool Tub Hold?

If we take the middle ground, we’re talking about an average of sixty gallons, with a maximum capacity of one hundred and ten gallons.

Is a Bathtub 1 Gallon?

No, there is no bathtub with a capacity of 1 gallon, but there can be a tub with 1 gallon for a newborn child.

Will a 40 Gallon Water Heater Fill a Bathtub?

It’s easy to tell whether a water heater is enough for a bathtub: the tank should be roughly two-thirds as big as the tub. A 40-gallon water heater, for instance, is barely enough for a 60-gallon bathtub.

How much Water does a Bathtub Hold: Conclusion

Tubs help you relax, unwind, and relieve muscular tension after a hard day. In addition, hot baths enhance circulation and skin issues. Moreover it can be more easier when you know how much water does a bathtub hold. Therefore, you should pay attention to the health advantages of a tub, particularly after strenuous exercise, no matter how many liters of water are included inside it.