Duvet Vs Comforter: What’s The Difference? 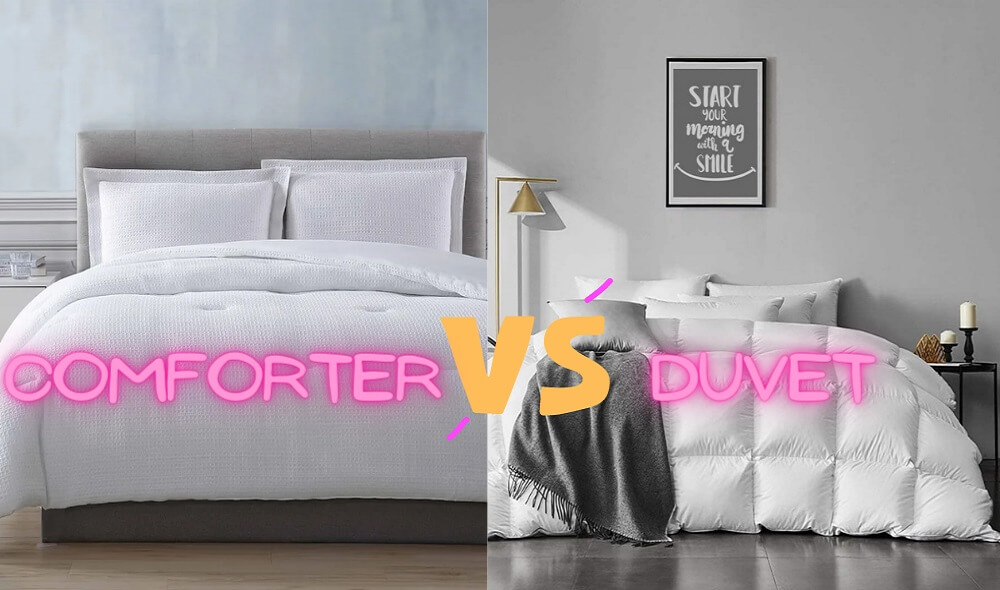 There are several accessories when it comes to choosing suitable bedding options. Sometimes, it can be confusing because people usually don’t know enough about some of these items. When it comes to duvet cover vs comforter, many users cannot differentiate them from one another. No worries if you are one of them; here, we will let you know the significant difference between them so you can have a cozy sleep without confusing any of them and choose the correct option.

What Is A Duvet?

Before we go any further, it is significant to know what a duvet is. It is a thick top layer of bedding that is mostly thicker than a comforter and combined with an easily removable and washable duvet cover that can be buttoned, zipped, or attached over the plain duvet insert. The term duvet is in French for soft comforter.

In the past, these were filled with down feathers, but nowadays, there are many filling options, like microfiber and polyester. As it has a thick filling, so it seems to be that you do not need any additional blankets when you are using one. With duvet covers, you can pick your favorite thread count; material, cotton, linen, and flannel are all popular options. Duvets can easily be dry cleaned which is a bit costly and time-taken task. 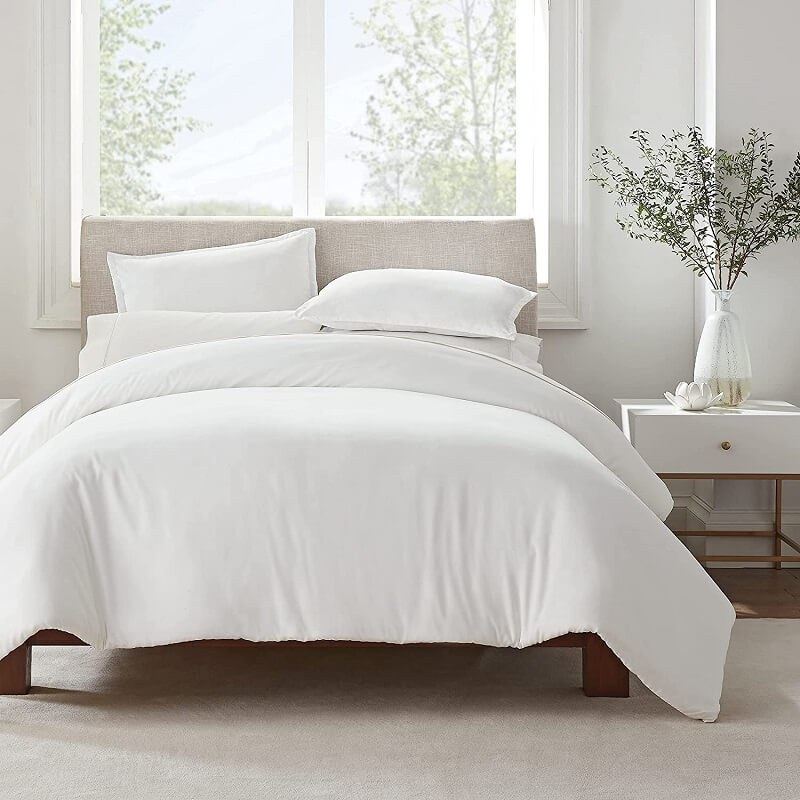 What Is A Comforter?

A comforter is a thick, fluffy, decorative blanket that is utilized as the top covering on your bed, while sheets or extra thin blankets can be used under them. They are usually filled with synthetic fiber stuff that includes polyester or cotton blends. Comforters are mostly quilted or stitched in some pattern so that the material is safe to use and distributed in a balanced way.

Comforters are usually sold in bedding sets or bed-in-a-bag sets with other useful pieces like sheets and pillow shams, that are all made for the same bed size. They are considered to be the last piece and not meant to be covered with anything or combined with any extra accessories. All of this makes your bed look very simple and minimalist. Comforters are easily washable and can be hung to dry or machine dried on a low setting. 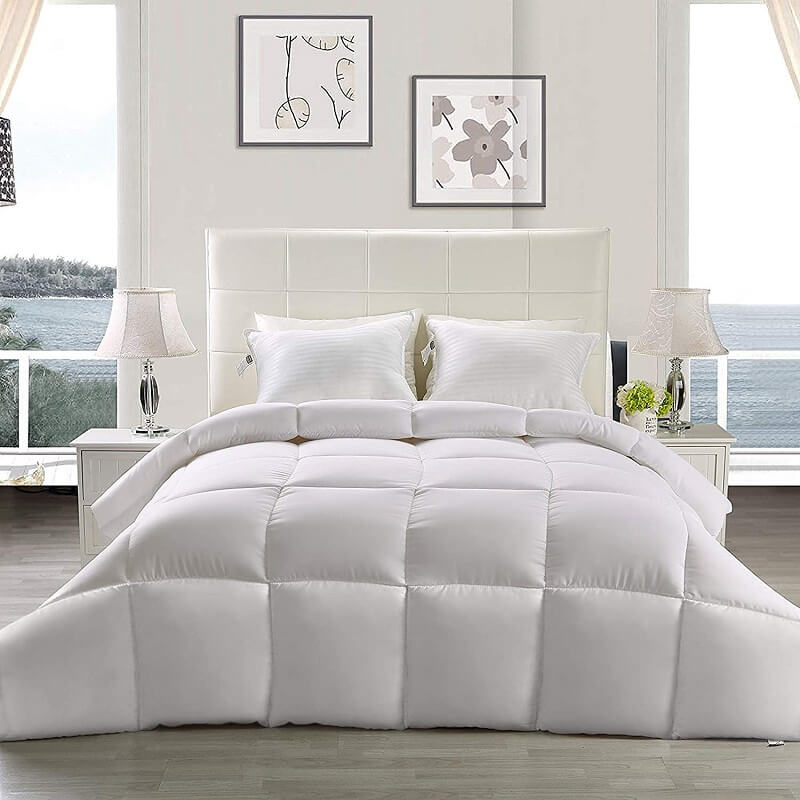 Major Differences Between Duvet And Comforter

Following are the major differences between duvets and comforters. In case you are planning to buy one, keep this list checked so you don’t make a wrong choice.

Pros of Duvet vs Comforters

There are a few pros of using both a duvet and a comforter. Might probably know what are they.

Have a look a the below points to find out:

Things to Remember While Buying A Duvet Or A Comforter

Tips For Caring For Your Duvet And Comforter

What Is The Point Of A Duvet?

A duvet is the top layer of bedding to give you warmth while you have a comfy sleep. They are also called duvet inserts because they are inserted into a cover.

Do You Put A Comforter In A Duvet?

No, a comforter can’t be put in a duvet. It is used without a cover, comes with a fashion fabric exterior and a lower fill, and is matched with a top sheet.

Why Is A Duvet Better Than A Comforter?

A duvet cover includes a layer of safety so that it can be protected from dirt and stains. Apart from that, it is a matching accessory that usually comes along with a bedsheet.

Do You Sleep Under A Duvet?

It is up to you whether you want to sleep under a duvet. It has a top layer when only a fitted sheet is utilized because the cover is easily washable.

Can You Sleep With Just A Duvet?

Yes, you can sleep with just a duvet without adding a cover, especially in summers when it is hot, and one prefers light bedding options.

What Is The Purpose Of A Comforter?

A comforter is to be used to keep you warm. It is filled with synthetic fiber filler quilted or stitched to make the filling balanced.

Is Comforter Same As A Blanket?

A comforter is made with insulation between multiple layers of cloth, and a blanket is made of a single layer.

Do You Need A Blanket With A Comforter?

Yes, one can use a blanket with a comforter according to one’s ease.

Is A Duvet Cover A Comforter?

No, they are different from one another. A duvet cover comes with a duvet, but a comforter is a single-piece fluffy top layer of your bed.

Can I Use A Duvet Cover As A Comforter?

Yes, you can use a duvet cover with comforters, but ensure that you have checked the size and they are the same.

You now have enough information and can buy the best right thing at your convenience. Go for it, and choose the option that you think fits with your sense of style and seems convenient to you. Do share your feedback with us. We would love to know more about your experience.